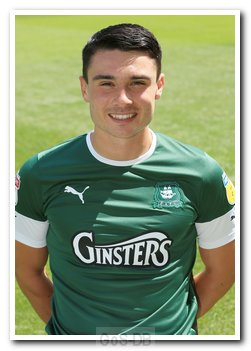 Born in Newton Abbot, Fletcher attended Torquay Grammar School and represented Torbay Schools at all levels. In 2008 he joined Argyle's Academy system at the age of nine, and his progress attracted interest from Fulham before he agreed his apprenticeship at Home Park in January 2015. Having broken into the under-18s during the 2014-15 season, he played a significant part in the following campaign's success, including winning the Youth Alliance League, promotion to the Peninsula Premier League and winning the final of the St Lukes Devon Bowl.

In November 2016 he won praise for his four goals for the under-18s in the FA Youth Cup. A month later he was rewarded with his first team debut, a 79th minute substitute in the FA Cup second round tie at home to Newport County.

In January 2017 Fletcher was an unused substitute in the FA Cup third-round replay against Premier League giants Liverpool, with a Home Park full house and live TV coverage providing invaluable experience for the 17-year-old. Six months later he signed his first professional contract with the club.

At the start of January 2018, Fletcher moved to Torquay United in the National League on a 28-day loan deal to give him further first team experience. However, with Torquay fighting for their existence at the foot of the National League he made just two starts and one substitute appearance without scoring and returned to Home Park a few days early.