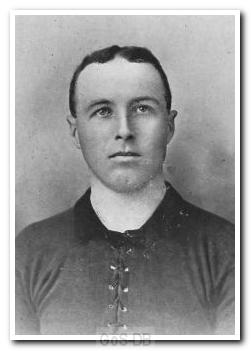 Brown was born in Cheadle, Greater Manchester in 1880 and played for local side Heywood Boys Club before joining Bolton Wanderers in 1899. A full-back, he made over 100 appearances for Wanderers over the next four years and helped the club reach the FA Cup Final in 1904. Despite losing to Manchester City in the final, Brown's performance led to a transfer to Aston Villa, the Argyle handbook of 1907/08 describing "the great transfer fee paid to Bolton by the Villa after his magnificent display in the English Cup Final".

However, a serious injury meant that Brown played only 12 times in two years at Villa Park and moved on to Home Park in 1906. Brought to Argyle to play at right-back, he was equally happy on the left side of defence, but made little impact on the first team during his single season with the club. He went on to end his career with a spell at Crystal Palace.