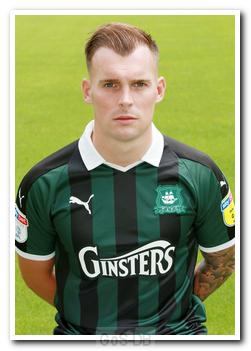 2. Came from: Millwall   Went to: Released

Sharing his place of birth with the legendary Sammy Black, Kirkintilloch-born Wylde started his football with Celtic and then moved across Glasgow to join Rangers at the age of 14, where he made his debut four years later in August 2009. In total the left-winger made 47 appearances for Rangers, scoring twice, and helped the club win the Scottish Premier League title and the Scottish League Cup in 2011. He also played in the Europa League that year, coming on for the final ten minutes of a first-leg tie against PSV Eindhoven at the Philips Stadion in a 0-0 draw and then the full 90 minutes in the 1-0 defeat in the return leg at Ibrox.

When the Glasgow side entered their financial meltdown in 2012 and ultimately administration, it was reported that Wylde voluntarily had his contract terminated and forfeited his entitled redundancy payment to help other members of staff keep their jobs at the club.

He then went to Bolton Wanderers on a three-year deal but his time there did not work out and he failed to make a first team appearance. He was loaned to Bury in November, 2012, initially for a month, which was then extended by a further month, making a total of seven appearances. Returning to Wanderers he was then released at the end of the 2012-13 campaign.

Having represented Scotland at under-17, under-19 and under-21 levels, playing seven times for the latter between 2010 and 2012, Wylde returned to his home country to join Aberdeen in June 2013. He spent six months at Pittodrie, playing nine games and scoring twice, before signing for St Mirren in January 2014. Despite 46 games for the Buddies he was released following their relegation from the SPL, and the following month he arrived at Home Park as manager Derek Adams' third summer signing of 2015, following Gary Sawyer and Jake Jervis.

Wylde was a near ever-present on the left wing in his only season for the Pilgrims, either in the starting line-up or as an impact substitute. After playing at Wembley in Argyle's unsuccessful League Two play-off final, he turned down an offer of a new contract to sign for Millwall.

After appearing in just 10 matches for Millwall, Wylde was loaned to Northampton Town in League One for the remainder of the 2016-17 season, during which time he made 12 appearances and scored one goal. He then required treatment for a groin injury and his Millwall contract was terminated by mutual consent in May 2017.

Two days shy of a year after leaving Argyle, Wylde returned to Home Park in late June 2017, becoming Derek Adams' seventh summer signing as Argyle prepared for life back in the third tier. However, with limited opportunities and a formation that rarely suited him, in the January transfer window he was loaned to League Two Morecambe until the end of the 2017-18 season.

Having scored twice in 15 games for the Shrimpers, he returned to Home Park but continued to find himself marginalised, along with Lionel Ainsworth, as Derek Adams' use of the one-up-front system often negated the need for conventional wingers. Restricted to just seven appearances in the first half of the 2018-19 campaign (all bar one of which were from the bench), he was released in the January 2019 transfer window after an agreement to end his contract was reached.

Wylde then returned north of the border to sign an 18-month deal with Scottish Premier League side Livingston, but nine months and only three appearances later he was told that he he was surplus to requirements. In January 2020 the 28-year-old joined Clyde for the remainder of the season, following in the footsteps of his father, who played for the the Bully Wee in the 1990s. Then in June 2020, in the midst of the COVID-19 pandemic, Wylde signed for East Stirlingshire in the Lowland League, for whom his father also played.

Greens on Screen is run as a service to fellow supporters, in all good faith, without commercial or private gain.  I have no wish to abuse copyright regulations and apologise unreservedly if this occurs. If you own any of the material used on this site, and object to its inclusion, please get in touch using the 'Contact Us' button at the top of each page. Search facility powered by JRank Search Engine.Milonic UK time at page load: 21 January 2021, 09:00.