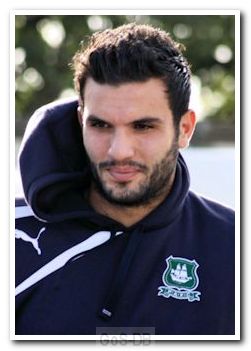 Born in Paris, of Algerian descent, Bencherif learned his trade as a youth with EA Guingamp in France before moving to Nottingham Forest. A tall, powerful midfielder, he signed professional terms with Forest in early 2007 but did not make the first team and was loaned out to Lincoln City for the second half of the year, playing 12 times and scoring once. In the 2006-07 season he was also capped seven times and scored a single goal for Algeria's under-20 side. After he was released by Forest in the summer of 2009, he signed a one-year contract with Macclesfield Town and became a first team regular. Despite breaking an ankle he extended his stay in May 2010 and went on to play 60 times and score 16 goals in his two years at Moss Rose. In June 2011 he joined Notts County, playing 31 times and scoring twice over two seasons before being released.

Bencherif arrived at Home Park for a trial in the summer of 2013, and after continuing to train with the club, he signed on August transfer deadline day (along with Jamie Reckord) on a short-term deal. He began with a debut goal at Cheltenham in the Johnstone's Paint Trophy and then made the starting line-up for the next six fixtures. However, he then found a first team place harder to come by, with manager John Sheridan showing a preference for Luke Young and also for Dominic Blizzard, who had returned to full fitness after a virus. Shortly after the New Year's Day game with Torquay United, in which he did not feature, it was announced that the Frenchman's short-term deal would not be extended.

Within a week, Bencherif headed for Algeria to sign for JS Kabylie on an 18-month deal. He went on to make 12 appearances in the remaining stages of the 2014-15 season, including helping the club to the 2014 Algerian Cup Final where they lost narrowly 4-5 on penalties following a 1-1 draw with holders MC Alger.

At the start of August 2014, Bencherif returned to England to sign a one-year deal with Lincoln City of the Conference Premier, returning to the club he last played for when the Imps were in the Football League in 2007, whilst on loan from Nottingham Forest. In July 2015 he declined the offer of a contract extension at Lincoln and joined league rivals FC Halifax Town in the newly named National League.

Bencherif was part of the Halifax side that lifted the FA Trophy at Wembley in May 2016. However, Halifax were relegated in that same season and he chose to move to Wrexham AFC in the National League. Then in January 2017 he moved on loan to York City, also in the National League, until the end of the 2016-17 season.