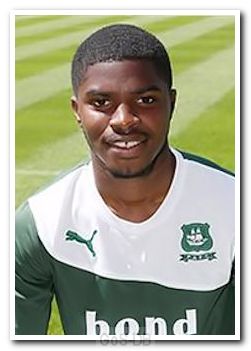 Came from: Celtic   Went to: Released

Born in Lambeth, Blackman learned his trade as a schoolboy with Arsenal and Tottenham before joining Portsmouth at the age of 16. After a serious ankle injury, the left-back signed his first professional contract with Bristol City in June 2009, but played just one League Cup game in the August before his contract was cancelled two months later. After a brief trial with Leicester City, he signed for Conference National side AFC Wimbledon in June 2010, making 13 appearances for the club before being released.

After a spell out of the game, Blackman secured a trial with Celtic in October 2011 and signed for the club the following month. He made just three appearances for the Bhoys during 2011-12 but did finish the season winning a tongue-in-cheek 'Tackle of the Year' award after accidentally sending his own manager, Neil Lennon, to the turf following a sliding tackle near the home dug-out. At the start of the 2012-13 season he was loaned to fellow Scottish Premier League side Inverness Caledonian Thistle, but after just two appearances his loan spell was ended early and he returned to Parkhead before being released by Celtic in November 2012, little over a year after signing.

On 27 July 2013 - just in time for the pre-season team photo - Blackman arrived at Home Park as John Sheridan's seventh signing of the summer, initially on a six-month deal. He made his debut in the first game of the new season but found it difficult to maintain a regular place, although he did score the first goal of his career in the Football League Trophy. After his final appearance for the club in October, he was released when his contract expired in January 2014.

In March 2014 he joined Conference South club Dover Athletic on non-contract terms and scored on his debut before moving to rivals Maidenhead United shortly after, where he played twice. In the May of that year he was then strongly linked with a move to Leeds United, but despite being pictured with the first-team squad at the launch of their new strip and travelling to a pre-season training camp in Italy, Leeds decided not to take up the option to sign him.

In September 2014 he joined struggling Blackpool on a one-season deal with the option of a further year, and made his debut, ironically, in a 3-1 defeat by Leeds United. Blackman started that match but only lasted 17 minutes before being substituted in his first game for over 12 months. He was later told he was surplus to requirements by Tangerines' boss Lee Clarke following the near-certainty of their relegation from the Championship, having made just three appearances for the club.

In April 2015 the 24-year-old was found guilty of a shoplifting offence at Harrod's in Knightsbridge and sentenced to carry out 40 hours of unpaid work as part of a 12-month community order.

In July 2016, after a short spell with Moroccan side MAS Fez, Blackman joined Crawley Town, where he played 36 times in all competitions. The following summer he moved to League Two rivals Barnet for the start of the 2017-18 season.