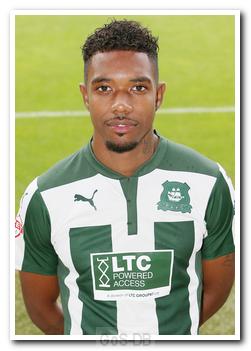 Born in Tottenham in 1992, Banton began his career with Arsenal and spent eight years with the club, progressing through their academy to be offered a scholarship. In 2008 he joined his local club, Tottenham Hotspur, but left shortly after, returning to Arsenal following a brief trial with West Ham United. Later that same year he left Arsenal once more, signing for Blackburn Rovers. A right-footed left-winger, he spent just over two years at Ewood Park and was capped by England at under-17 level, but could not break into the Rovers first team squad despite being the top goalscorer for their academy side.

Following his release by Blackburn, Banton signed for Liverpool in January 2011 after impressing during a trial, but was released at the end of the season. He then joined Leicester City on a one-year contract, but again could not make an impact on the first team. He made one appearance for Burton Albion during a short loan spell, and had his contract cancelled by mutual consent after less than six months with Leicester. In January 2012 he signed with Major League Soccer and was drafted by the Seattle Sounders but then 'cut' during training camp the following month. Returning to England, he joined Crystal Palace on trial and did enough during several under-21 development games to earn a contract in October 2012. He made his first team debut against Stoke City in the FA Cup in January 2013 and, after encouragement from Palace team-mates Darcy Blake and Yannick Bolasie - both former Pilgrims - Banton joined Argyle on a one month loan deal on transfer deadline day.

Banton went on to play a vital role in Argyles fight for survival and rates as one of the most significant loan signings in the club's history, weighing in with 6 goals in 14 games after his loan spell was extended for the rest of the season. Those performances netted Argyle eight invaluable points in their battle to avoid relegation and his goals were enough to ensure he finished as the club's leading scorer for the season  a statistic that told its own tale. He also picked up the League Two Player of the Month award for March, the same month that John Sheridan won Manager of the Month.

Despite attempts by the manager to get Banton back on loan for the 2013-14 season, Palace sent him out to MK Dons until the end of 2013, but Sheridan finally got his man in the January transfer window, with the added surprise of a full 18-month contract. Hopes were high for a repeat performance from the 21-year-old, but he found it much harder to achieve and maintain his earlier form, and also suffered from spells of niggling injuries. Although he occasionally showed tantalising glimpses of his earlier speed and trickery, Sheridan decided not to renew Banton's contract at the end of the 2014-15 season and he left the club.

At the end of June 2015, Banton signed a one-year deal with Argyle's play-off opponents Wycombe Wanderers, the club against whom he'd made his last appearance in green. After playing several times for Wycombe, including the obligatory 'Law of the Returning Striker' goal against Argyle in the Pilgrims' 2-1 win at Adams Park that September, he was loaned to fellow League Two side Hartlepool United until January 2016. After five substitute appearances for Pools he then had a brief trial with Port Vale, but no deal materialised. In February 2016, after his contract at Wycombe had been cancelled by mutual consent, the 23-year-old signed for League Two side Notts County until the end of the 2015-16 season, and that summer he moved on again, this time to Crawley Town on a one year deal. In January 2017, after only a half-season at Crawley, he was loaned to Partick Thistle, but played no games because of injury. At the end of the season, after 19 games for Crawley, he was released.

In June 2017 Banton moved to National League side Woking, before returning to Devon to sign for newly-relegated Torquay United, ahead of their 2018-19 season in the National League South. Later in the year he was loaned to St Albans City and then Dulwich Hamlet.