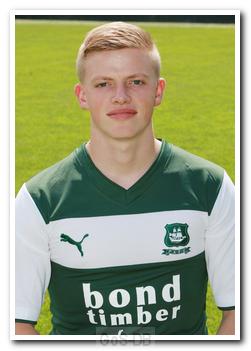 Born in Sheffield in 1992 but eligible to play for Northern Ireland through his mother, Gorman began his career with Manchester City at the age of 10, but soon moved across the city to join Manchester United, where he spent six years in their youth set-up. In 2009 he joined the Wolverhampton Wanderers academy and the following year made his debut for Northern Ireland, despite not having played any senior games at club level.

An attacking midfielder, Gorman had played at youth level for the Republic of Ireland before changing his allegiance to Northern Ireland, for whom he played at all age groups from under-16 to under-20, before stepping up to the senior squad. His under-21 international debut followed some 18 months after his first full cap. He was named the Wolves academy player of the year for the 2010-11 season and signed a professional contract before the start of the following campaign.

Gorman had played in a total of nine full internationals for his country before making his Wolves debut, as a substitute against Norwich City in the Premier League in March 2012. He joined Argyle in August of that year, in a youth loan deal, meaning he could continue to train with Wolves, and play for them in non first team games, but with Argyle first-team games taking precedence. However, a lack of first-team opportunities at Home Park saw his loan deal cut short and he returned to Molineux after just six weeks in September 2012.

In January 2013, he joined non-league Macclesfield Town on loan until March, but made only a single substitute appearance before joining another Conference club, Cambridge United, for the remainder of the season.

Gorman's contract at Wolves expired at the end of the 201213 season and he became a free agent, having made just a single first-team appearance for the club. After impressing in a trial, he signed a one-year contract with Leyton Orient in August 2013, but his chances were limited and he was released at the end of the season having played just twice. That August he joined Conference side Southport before moving to Barrow in the Conference North, and then moving on to rivals AFC Telford at the start of the 2015-16 season. The move didn't work out and he moved to Colwyn Bay in the Northern Premier League Premier Division for the latter part of the season.

In August 2016, Gorman, still only 23, joined Curzon Ashton in the National League North. Over the following few months, reports suggest that he was more commonly known by his first forename, Rory.