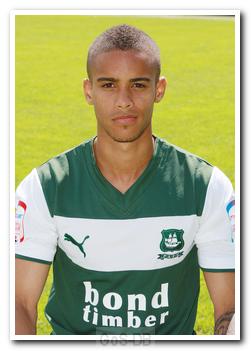 Born in Hillingdon, London in 1990, Cowan-Hall began his career with Rushden & Diamonds, joining the club when just 12 years old. He progressed through their youth programme to the centre of excellence and starred for their under-18 side whilst aged just 15. He also had trials with Manchester United and Chelsea. In July 2007 he followed former Diamonds manager Paul Hart to Portsmouth, where he spent three years, impressing for the academy and reserve sides, but without making any first team appearances. In January 2010 he joined Grimsby Town on loan, but illness meant he returned to Fratton Park after only one game. He returned to Blundell Park later the same month, but an injury restricted him to just two further appearances. At the end of the 2009-10 campaign he was released by Portsmouth.

A pacy striker or right-winger, Cowan-Hall had trials with several clubs before joining Scunthorpe United in October 2010. He played just once for the Iron before returning to Rushden & Diamonds on loan four months later. After scoring on his debut against Eastbourne Borough, a combination of illness and injury limited him to just two further games for Diamonds. Released by Scunthorpe at the end of the 2010-11 campaign, he played in pre-season trial matches for Gillingham and Newport County before signing for non-league Woking in August 2011. A return of 17 goals in 42 total appearances as Woking finished top of Conference South brought him to the attention of League clubs, and despite being offered a new contract by Woking, he agreed to join Argyle in May 2012. Due to his age and the contract offer by his former club, Argyle agreed an undisclosed compensation fee.

Cowan-Hall played regularly in his first season of a two-year contract at Home Park, either in the starting line-up or as an 'impact' substitute, so it came as a surprise when he was allowed to sign a two-year deal with Wycombe Wanderers in the summer of 2013. He scored on his debut for the Chairboys but an injury then kept him out of the early season matches and he missed a quick return to Home Park when Wycombe won 3-0 in September 2013.

The 24-year-old prospered under the guidance of manager Gareth Ainsworth, himself a former Premier League winger, scoring in five consecutive League Two games for Wycombe. On the back of this stunning run of scoring form, Cowan-Hall joined struggling Championship side Millwall on a two-and-a-half-year deal for an undisclosed fee when the January 2015 transfer window opened. In total he had made 45 appearances and scored ten times for Wycombe.

In November 2015 he began a three-game loan spell at Bristol Rovers, and two months later he returned to Wycombe on loan until the end of the 2015-16 season. He was further loaned to Wycombe from the start of the 2016-17 season, and then in January 2017 his contract with Millwall was terminated by mutual consent, which allowed him to sign for Wycombe, for a fourth spell, until June 2019.