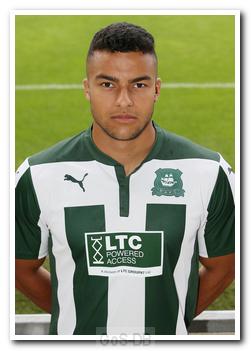 Born in Plymouth and raised in the Higher Compton area, Lecointe attended Hyde Park Junior School and Ivybridge Community College. He joined Argyle's Centre of Excellence at the age of eight, and as well as playing representative football for Plymouth Under-15s and Devon Under-16s, progressed through Home Park's junior set-up to the youth team. The striker was promoted to the senior squad at the beginning of the 2011-12 campaign, whilst still a first-year apprentice, and made his debut in August 2011 as a 16-year-old substitute against Millwall in the Carling Cup, becoming Argyles sixth youngest debutant.

In March 2012 he was called up to play for England Under-18s and scored on his debut against Poland. Lecointe ended the 2011-12 season having made an impressive 22 first team appearances whilst still only 17, and was also a member of Argyle's Under-18 team that won the Football League Youth Alliance South West Conference, netting ten times in eight games. It came as no surprise when he was awarded a professional contract in May 2012, after only one year as an apprentice.

With such a promising career ahead of him, a serious knee injury sustained in a pre-season friendly at Truro City in July 2013 came as a major blow. Lecointe spent the entire 201314 season nursing a ruptured cruciate ligament, but he was nevertheless given a new contract in May 2014. However, a few weeks later he suffered a relapse after playing in pre-season friendlies, which required a second operation and forced him to sit out his second consecutive season. Towards the end of the 2014-15 season he did manage a few second-string matches, but a consequential flare-up and the prospect of a third operation ended his time at Home Park; his contract was not renewed and he left the club in May 2015.

In November 2015 came the terrible news that Lecointe had been forced to retire from all forms of football at the age of just 21. Despite three operations to repair his original cruciate ligament injury, the associated damage to his lateral meniscus proved insurmountable.