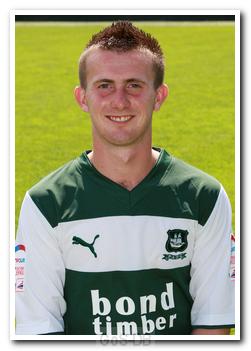 Born in Barnstaple, Harper-Penman was a product of Argyle's development centre at Chivenor and progressed to the Pilgrims' Centre of Excellence as a 14-year-old in 2008, also playing for the Barnstaple Town youth team. Over the following three years he established his place in the youth squad, playing for both the under-18s and reserves, before making his Football League debut as a substitute at Leyton Orient in April 2011.

Unable to break into the first team during the 2011-12 campaign, Harper-Penman helped the under-18s win the Football League Youth Alliance South-West and was rewarded with his first professional contract in July 2012. The following month he joined Bideford in a three-month loan deal. Released by Argyle in January 2013, he had spells back with Barnstaple Town, Frome Town and Truro City before returning to sign for hometown Barnstaple Town for a third time in September 2013.