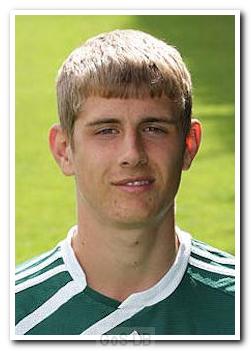 Came from: Trainee   Went to: Southampton

From Torpoint, Stephens was a student at Torpoint Community College and also captained Cornwall Schools' under-16 team. He joined Argyle's Centre of Excellence at the age of 11 and progressed through to the youth and reserve teams before becoming the club's third youngest ever first team player when he made a late substitute appearance against Sheffield Wednesday in September 2010.

Within months of his debut, Stephens attracted the attention of several clubs and after turning down a move to Fulham he signed a three-year contract with Southampton in April 2011 for a fee of £150,000. He made his Saints debut against Coventry City in the FA Cup in January 2012 and at the end of the season, still only 18, he was promoted to the first team squad ahead of the club's return to the Premier League. In 2012 Stephens also won his first international cap for England under-18s and went on to represent his country at the under 19, 20 and 21 levels.

In March 2014, Stephens joined League One side Swindon Town on loan until the end of the season, making ten appearances in that time. He signed for a second time at Swindon in September 2014, initially until January 2015 but the arrangement was later extended until the end of the season. This second loan spell enabled him to return to Home Park when he played for Town in their 3-2 Johnstone's Paint Trophy defeat by Argyle. He also achieved two firsts in his second spell at the County Ground, scoring his first Football League goal in a home win over Chesterfield in January 2015 and first red card away at Crewe Alexandra the following month.

After a total of 52 appearances and a single goal while with Swindon, Stephens signed a two-year contract extension with Southampton to tie him to the club until the summer of 2019. In July 2015 the 21-year-old began a season-long loan at Championship side Middlesbrough but this was cut short when Southampton recalled him. Stephens had appeared in just a single league game for Boro but was used in their League Cup team, playing the full 90 minutes and most of extra-time against Manchester United as the Teesside club achieved a famous victory, ultimately defeating the Premier League giants 3-1 in a penalty shoot-out. In that match Stephens lined up alongside former Argyle loanee Ben Gibson.

In the January 2016 transfer window, Stephens moved to Coventry City on loan for the remainder of the 2015-16 season.