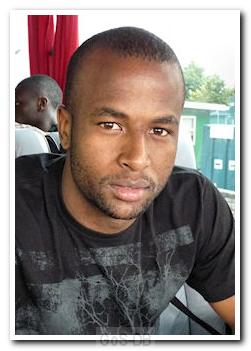 Zubar was born in Guadeloupe in the French West Indies and began his career in France with Caen, where he progressed through the youth ranks but could not break into the first team. Following loan spells with Pau and Brussels he was released and spent two years with Romanian side Vaslui, helping them reach their domestic cup final and also to qualify for the Europa League.

A versatile right-sided defender, he first arrived at Home Park on trial during the 2010-11 pre-season following a recommendation from Mick McCarthy, after Zubar trained with Wolves alongside his brother Ronald. Despite impressing Peter Reid in a friendly at QPR, a deal could not be reached and he left the club. However, he returned on transfer deadline day a few weeks later to sign an initial one-month contract, with a view to a longer deal once international clearance was granted.

A protracted dispute involving FIFA and his former club meant that clearance was not obtained until November, but following his debut Zubar missed only one game for the rest of the campaign, a bright spot in a dismal season. After initially playing at right-back he formed an impressive centre-back pairing with Curtis Nelson and was offered a contract extension at the end of the season. In the summer of 2011 he made his international debut for Guadeloupe, playing twice in their CONCACAF Gold Cup campaign.

Despite interest from several other clubs, Zubar finally signed an improved contract offer to keep him at Home Park for a further two years. However, less than a month later he requested that the contract be cancelled, citing personal reasons, and shortly after, he signed for AFC Bournemouth on a one-year deal. Later that season he had impressed his new club enough to earn a new three-and-a-half year deal, which he signed in February 2012. Zubar fell out of favour with new Cherries boss Eddie Howe and Kevin Blackwell signed him for League One Bury during the January transfer window in 2013 on loan till the end of the season.

He sustained a serious cruciate knee injury in March at the Shakers and didnt play any first team football in the entire 2013-14 season. He joined League One side Port Vale on a one-month loan in September 2014 but was sent off in the last of three games for the Valiants for striking out at Preston North End's Joe Garner. Zubar soon teamed up with York City on loan and was again given his marching orders (and four match ban this time) following an altercation with Peter Hartley right in front of the away fans when Argyle visited Bootham Crescent in January 2015.

After 30 appearances and two goals in two seasons with York, he returned to the south coast to sign for Southern League Premier Division side Weymouth, for whom he played 46 times and scored five goals. At the end of June 2017 he was then given the chance to resurrect his Football League career when he signed a one-year deal with League Two Yeovil Town.